It’s an all original, un-restored 1972 Dodge Challenger Rallye survivor that was sold and delivered at Mr. Norm’s Grand Spaulding Dodge in Chicago.

I have owned it for 4 years and it has 44,000 original miles. The car shows a majority of it’s original paint with only minor touch ups through the years to keep it looking good.

An interesting story about the car involves a t-shirt I found under the front passenger seat. I called the original owner and he said that it was the t-shirt that the dealership gave him when he took delivery of the car. He put it under the seat when he sold the car after owning it for 22 years. He said he wanted that shirt to stay with the car and hoped someone would find it one day.

Like many, I am reliving younger years with this car. When I was 18 years old, I bought a 1973 340 Challenger exactly the same as this car except for the 4-speed. I had that car for 5 years then traded it in on a brand new 1979 Trans Am which I still own to this day. The Trans Am is also an un-restored survivor and has only 22,000 miles on it. 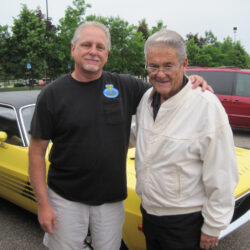 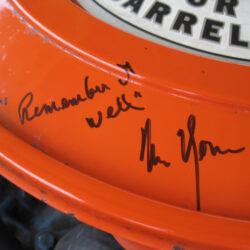 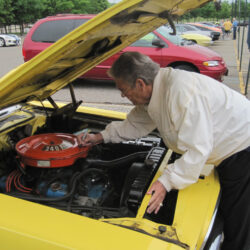 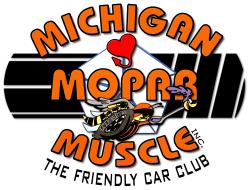 Board of Directors
President
Richard Harvey